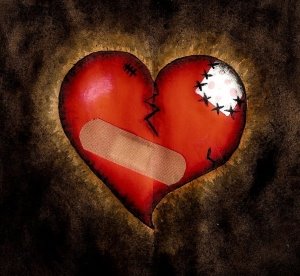 So I’m a blogger now? Well who am I kidding, this has been a long time coming and I really should have anticipated it happening. But it took reading a thought provoking blog for me to realize that maybe this is the release I’ve been seeking. See, I am what most would describe as the over imaginative straightforward boss lady-esque diva with a passion for Disney movies and shoes who has a heart of gold once I warm up to you. But in the process there are just some things that can not be said at all times. Not everyone wants to hear about an issue that has been troubling you for a while; there aren’t enough hours in the day! So without further ado…my words and thoughts.

Adri Speaks: I had a very rough breakup and I was in a place where I didn’t want to talk to anyone anymore. I was drinking heavily (even more than the average college student) at the time and wasn’t eating. It was either write or waste away. I chose to write.

Regardless of who is reading this, I think it is safe to assume that everyone has either experienced first hand or watched someone go through a bad breakup. They may come in various flavors but generally the results are the same: one or both persons is left with a “broken” heart. Recently, I became acquainted with the worst kind of betrayal and for a few days I would think (but never vocalize) that indeed, my heart was broken. Oh sure, I got up everyday, refusing to fall victim to the crying fits typically seen on daytime soap operas and went about my business. I would walk around with an air of confidence but within I felt empty. Like a shell of my former self. That may sound very melodramatic like it should be a line in The Young and the Restless but the phrase rings true. When you begin to define yourself based on who you share your hopes and fears with, suddenly you all alone feels like a stranger.

AS: This was my very first boyfriend. When I discovered that essentially everything about him was a lie, I was shocked. I had no idea how to cope because my only experience of love was through that person. I said to myself over and over again, “Is this love?” “Love can’t feel like this.” “I don’t know who I am without him.” “I am nobody without him.” I also cried. A lot. Even when trying to sound strong,  I was not honest with my audience and I was not honest with myself. Looking back- I can say with all sincerity- I was a complete wreck.

It’s amazing how much we try to convince ourselves that we are fine but our heart knows the truth and never fails to remind us with the painful pang of memories not so long ago. I’ve been tempted to succumb to the resentment surrounding me and proclaim myself as the maneater/ femme fatale/ Samantha Jones character women my age have been taught to idolize. Yet still, I cannot bring myself to do it. I think it’s because my heart is too big and my morals too influential. I would lose myself in the process of asserting my womanhood and sexual prowess.

AS: Lies. I was very bitter and very much turned off by the idea of relationships. It is true that I was not sexually promiscuous but that’s because you have to actually interact with men in order to have sex with them. I would have sooner stabbed someone than dated them. This isn’t necessarily a bad thing but I grappled with my feelings for many years. I was often ashamed of even feeling anything less than strength and resilience.

When I came to this conclusion, I realized that my heart could not possibly be broken. If indeed it was, I would not be able to maintain the love I have for my family, my friends, and my God. I have not lost the capacity to love as I did with such fervor and devotion. I am not broken at all. If anything, I just have a few cracks along the surface that will fix itself over time but will never completely fade away. Like the scars on my departed grandfather’s hands- my heart is stronger now than it was before. It has a few battle wounds but it works just fine.

AS: Even reading this now, I have tears in my eyes because I so desperately wanted to believe the words that I wrote. Maybe I believed them at the time, as I was tipsy on cheap vodka and my mind was swimming with optimism. The reality was that I would not be “just fine” for quite some time. And that’s ok.