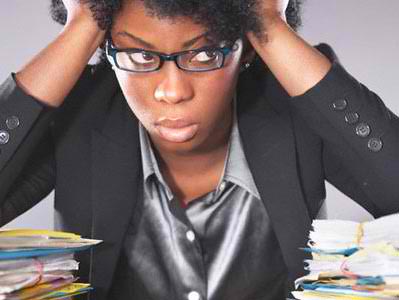 It’s been a while  since I’ve discussed issues surrounding the workplace and since my personal and professional life tend to move in tandem, it’s time I share my personal tips on knowing when and  how to leave a job.

There are plenty of articles that do a great job of listing signs that it’s time to quit. But what if the stakes are higher than most? What if you have an unwavering spirit? What if, due to your upbringing and socialization, you’ve been taught to accept any job and virtually any treatment because being black, a woman, and employed is a blessing?

In the age of social media and popcorn success stories, many folks are often told to “just quit” if they’re unhappy. “Start a business!” some may say. “It’ll all work out in the end!” But the reality is that being broke is time consuming and a cross people aren’t willing to bear. I can’t speak for everyone else but I personally am unhappy and stressed when I don’t have money. So, what’s a girl to do if she’s unhappy at work and wants to quit? 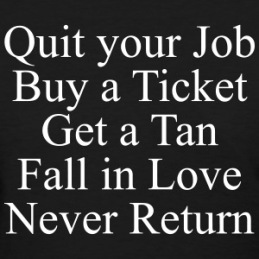 Is it the job or is it you?

Development doesn’t come easy and sometimes, being pushed in new and uncomfortable directions is better for you in the long run. It’s called growing pains for a reason. Changing how you view that job can often affect how you approach the job. Maybe the real reason you don’t like the job is because you can’t take the hour and a half lunches that you used to take at your last gig. Maybe at this job, the stakes are high and sometimes that means you eat at your desk while answering emails.

That being said, I knew almost immediately that the job I had wasn’t the right fit. I instantly wanted to quit and was surprised at myself. I am not a quitter. But there I was, analyzing how I’d live on unemployment after just moving to one of the most expensive cities in the nation. I figured I’d be okay if I quit. I had 24 weeks of unemployment benefits to use and a great resume (I do resume reviews, btw). I would bounce back quickly. But I had to first ask myself if it was the job that I hated or my uncomfortable zone.

It’s the job, what next?

Bring your concerns to your manager and be proactive about how you organize your work load. The first is to cover your behind, so that when you do quit, it won’t be “out of the blue”.  It’s also to see if something can be done to make your working environment better. You may be surprised at how receptive management can be to feedback.

The second is so you make the duration of your time there as manageable as possible. The job market is tough and you’ve gotta have a game-plan for how you’re going to deal with that job for a few months as you search. Quitting almost always prevents you from collecting unemployment. Who’s gonna pay your bills?

Who’s in your circle?

Build a support system of friends, associates, and family members. Being in an unfulfilling job and feeling stuck is a horrible feeling. I was depressed, angry, and had trouble sleeping. My hair started falling out and I gained weight as I tried to snack away the frustration and drink away the irritation.

I sought refuge in tearful calls with my mother and sister. I fervently texted by best friend about the daily microagressions that chipped away at my self esteem. I linked up with young women in the area as they provided a listening ear as I vented. Your tribe of supporters, no matter how big or small, will act as a refuge when you’re at your lowest. Because before you say “it’s just a job,” keep in mind that this job takes up at least 8 hours of your day. That’s 1/3 of your day but really 1/2 because sleeping doesn’t count.

Are you willing to take less money? Relocate? Do something completely unlike anything you’ve done before? What is your timeline? What if you quit abruptly?  What does your savings account look like? Don’t overlook the details as you begin searching and interviewing for a new job.

With a plan in motion, you will feel more confident about your exit strategy. I suggest hooking up with a few temp agencies so that you have someone working on your behalf to find job leads for you. It won’t be a permanent role but it will be something that will help tide you over as you look for something better.

But  if you can, maintain professionalism at all times. Kill them with kindness (or at least, civility). If you’re on an upward track and working in the same industry in the same area, there’s a good chance that you may cross paths with a former employer. And as time passes, they may not remember that you quit abruptly. But they’ll certainly remember if you cursed them out and left in a fit of rage.

But if you must: don’t leave a paper trail. Say what you have to say in person. A nasty email or letter lasts forever.